Claudio Pietronik is the lead guitarist of the Italian symphonic power metal band Ancient Bards. A skilled, tasteful and melodic player who is very much into epic film music. The latter clearly noticeable in his soloworks. Claudio is also part of the JTC – Jam Track Central, a website collaboration of some of the most important guitarists of the world.
He´s endorsed by GNG – Giulio Negrini Guitars and has a signature model with True Temperament frets.

How would you describe your playing style?
– Good question! I don’t really know how to describe it, but i try to play guitar in my way, trying to mix technique and good melodies as much as i can!
Influences? Music and guitarists?
– I grew up listening to big names like Steve Vai, Joe Satriani, John Petrucci, Guthrie Govan, Brett Garsed, Greg Howe etc etc. But more than half of the time has been spent listening to music that doesn’t have guitars involved. I love film music and the use of the orchestra together with synths and modern stuff. I insanely love Danny Elfman, Hans Zimmer, Two Steps From Hell, Ivan Torrent, James Newton Howard...
You´re an endorser for the Swiss/Italian guitar brand GNG – Giulio Negrini Guitars. How come you choose to play those guitars? What was your input? What do you look for? Designs, features, etc.
– I knew Giulio’s guitars when I was like 17 years old, and have always loved his guitars! I love their playability mixed with a super original and characteristic sound. The thing that surprised me when we talked about building my first signature was that he said: ”Ok, play a few of this guitars and tell me which you prefer and why”. And then he said: ”Ok, I know what do to, don’t worry about that”. When I received it, I was astonished of that beauty. The sound was absolutely perfect for what I do!
– This is the thing that I love from Giulio and his guitars! I’ve always searched for a fluid and dynamic sound, with body and color that is precise and not aggressive. We added a sustainer pickup for the possibility to hold the notes infinitely and also the True Temperament System to my second signature. By the way, I just love the blue color! 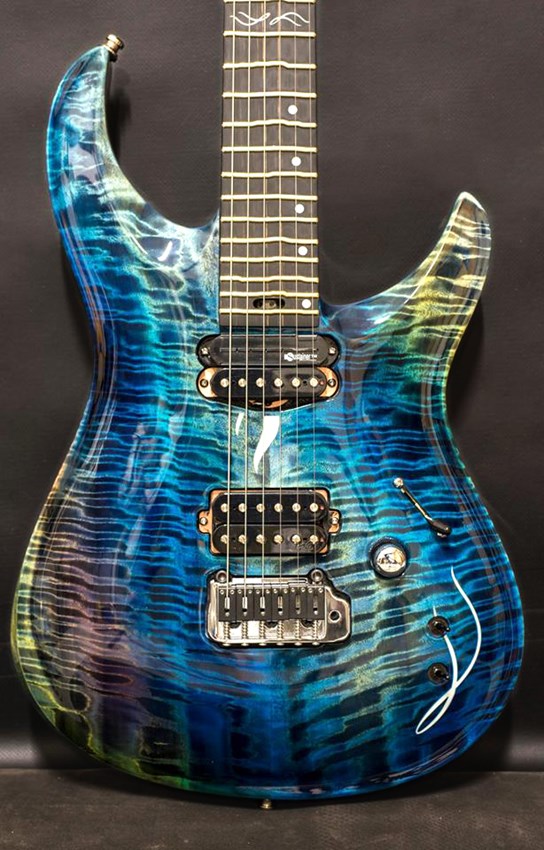 As you mentioned, one of your signature models is equipped with the True Temperament Fretting System. What´s your opinion so far of TT?
– Yes, my second signature from Negrini Guitar was called Brea PK6-TTS containing True Temperament and Sustainer pickup! I simply love it! I think it works perfectly for clean stuff and chords where you absolutely need control of the tuning. Perfect for studio recordings and it NEVER creates problems on bendings and vibratos!
What is your guitar setup in the studio and live? Amps, guitars effects, etc?
– I’m using only plugins from Neural DSP: right now (the signature presets from guitarists) Plini and Cory Wong.
– Effect wise I use those from my DAW (Digital Audio Workstation) where I mix my guitar depending on what I’m doing. I try not abuse the plugins, just working on the right eq balance and stereo width.
– Live with the band I use the Fractal AX8.
You are also a guitar teacher. What´s the best advice you have for an upcoming young guitarist?
– I think that one of the most important thing as an instrumentalist is that you always have to remember that you are not the only one in a musical context. I spend more time on composing and producing than on playing guitar, so my advice is to focus as much as you can on developing your ability on the instrument of course, but never lose focus on the music. 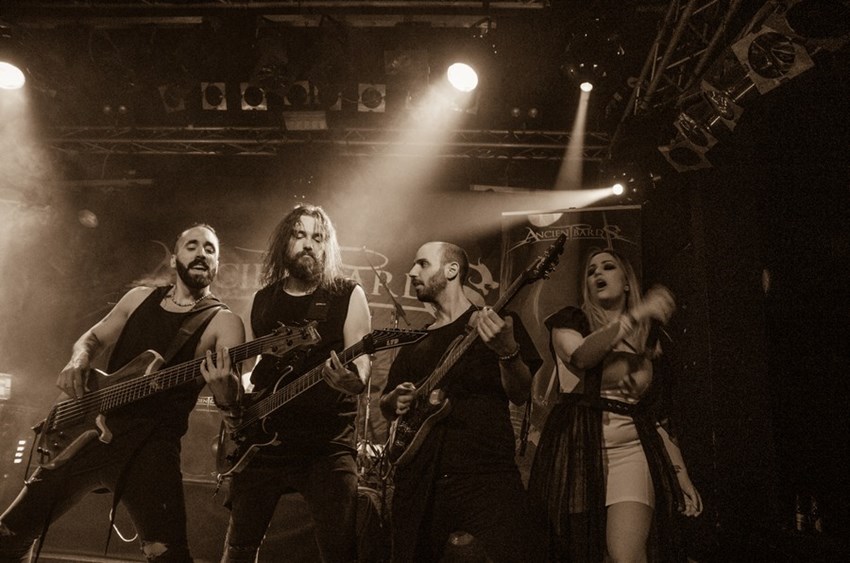 In addition to your solo work, music production and teaching you are not least the lead guitarist of the band Ancient Bards. Can you tell us a little about that?
– Ancient Bards is a mixture of things between metal and classical music with aggressive metal guitars combined with epic sounding orchestra. The band has toured in Europe and Japan around past years. We have released four albums under the German Label Limb Music: The Alliance of the Kings, Soulless Child, A New Dawn Ending and Origine. Daniele (Mazza, composer and keyboard player) is actually working on a new album.
Plans ahead (apart from the Covid misery)? Albums, touring, other projects?
– My plans are all based around composition and teaching online at MMI (Modern Music Institute) guitar/music production. I generally spend half of the day teaching and the other half working on composing/producing and recording. I just released my 2nd solo album Ad Astra in collaboration with JTCguitar.com and I really can’t wait to start composing for the next one! In the meanwhile I’ll continue with my works with JTC like the Backing Tracks album I’m producing now.
– I also have a side project in collaboration with Nicola Rosti from Italy who is producing me where I’m really experimenting something different than what I generally do. I can’t really tell anything more for now but... it will see the light as soon as possible! Ulf Zackrisson©

Video showing Claudio in full swing with his lovely melodic lines on his Brea PK6-TTS, fantastic sounding with TT and Sustainer. 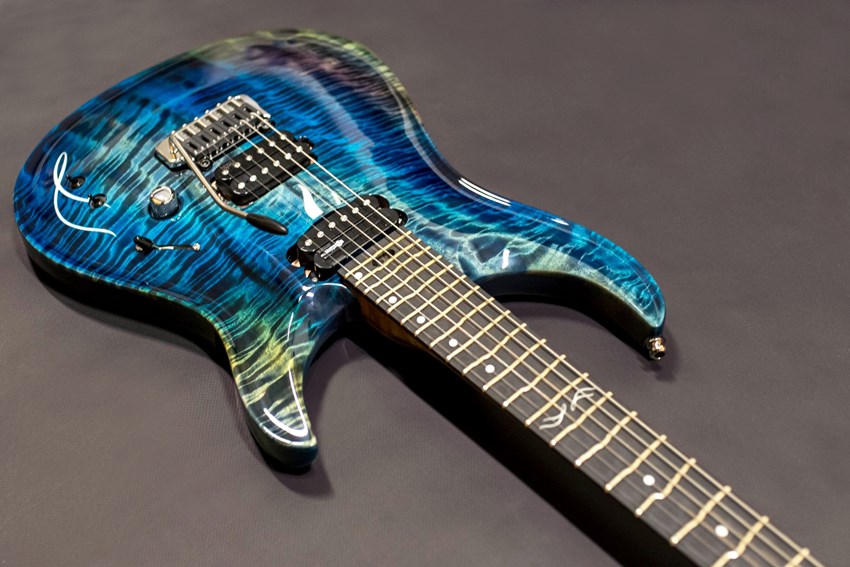 04 May 2021
An amazing GNG headless 6-string guitar model is the latest creation with TT frets to come out from Swiss/Italian master luthier Giulio Negrini´s custom shop.

07 April 2021
The Italian musician Claudio Pietronik is the TT player of the month. He´s the lead guitarist of the Italian symphonic power metal band Ancient Bards. A skilled, tasteful and melodic player who is very much into epic film music. The latter clearly noticeable in his soloworks. Pietronik is endorsed by GNG – Giulio Negrini Guitars and has a signature model with True Temperament frets.

24 March 2021
Giulio Negrini, the man behind the Swiss/Italian guitarbrand GNG, is regarded as one of Europe's foremost modern guitar builders. His philosophy is far from mainstream guitar making and includes multistring, multiscale, outstanding inlays, ergonomics and not least True Temperament.