Max Flövik plays guitar in the Swedish melodic metal band Lillasyster (Little Sister). Lillasyster is a big metal act in Sweden but now aiming for an international career with an upcoming album in English.
– Were super exited about our new songs, says Max Flövik. For a metal band, from a songwriting perspective, we are more influenced by pop music. We love a great hook and melodies.
Recently Max got his Ibanez guitar modified with True Temperament frets.
– True Temperament is the next level in guitar tech. After playing TT, I have a hard time switching back to regular frets, he says.

You are playing an Ibanez Ibanez Prestige AZS2200, a Telecaster™ kind of model. A not entirely clear choice for a metal guitarist. How come?
– I’ve always gravitated towards single coil guitar sounds, in a heavy context. I usually play in a drop C tuning (every string down a whole step, and low E down another whole step) combined with a mighty distorted amp and single coils, the sound, separation and bite is awesome. I use D’addario NYXL 10-52 strings for drop C.
Recently you got your Ibanez guitar modified with True Temperament frets. Compared to a straight fretted guitar, what do you think?
– True Temperament is the next level in guitar tech. After playing TT, I have a hard time switching back to regular frets. It just sounds better. Apart from the guitar obviously sounding a lot more in tune, my subjective experience is that I find the 12 different notes kind of pop out more and are more vivid and alive. No more major third intervals being too sharp! Thank you TT!
– You're also a classical cellist. An instrument, played well, always in pitch. Has that affected you choosing TT?
– I actually have a MFA in classical double bass. Cello was something that I taught myself to play, but absolutely, the way you have to listen to the intonation of a note as a “fretless” musician definitely affected my interest in TT. I’ve always found the standard guitar a little too out of tune, compared to for example well tempered keyboard instruments.
Describe your guitar style.
I would describe myself as a riff/groove oriented player, I love lead stuff, but it’s equally fun to enjoy a tight groove, an inspiring tone and cool harmonic/chordal stuff
Which amplifier are you using?
I play Mesa Boogie amps. At the moment my favorite setup is a Mini Rectifier and a Mini mark V, which I run in parallel. Monster sound!
Favourite guitarists/music?
– George Benson, Nile Rodgers, Andy Timmons, Frank Gambale, Steve Vai, Göran Söllscher, Brad Paisley, Vivian Campbell, to name a few. 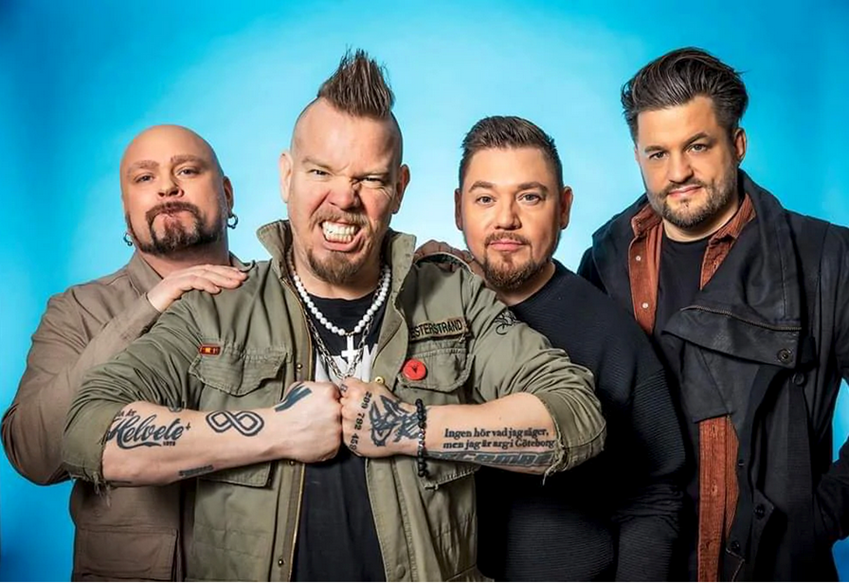 Tell us a about your upcoming album.
– The new Lillasyster album will be our first album all in English. We are super exited with the new songs, which are mostly co-writes with top Swedish songwriters.
Future plans for Lillasyster?
– We plan to finish the new album and hopefully tour not only in Scandinavia, but outside the nordic countries too. © Ulf Zackrisson